When A Farmer Saves the Day

A hero is defined as a person who is admired or idealized for courage, outstanding achievements, or noble qualities. This year, we have all taken a closer look at what this definition truly means. Everyone has a hero and that hero is different for everyone.

To me, a hero is someone who comes to the rescue. Someone who saves the day. Someone who might not always get the credit but certainly deserves it. 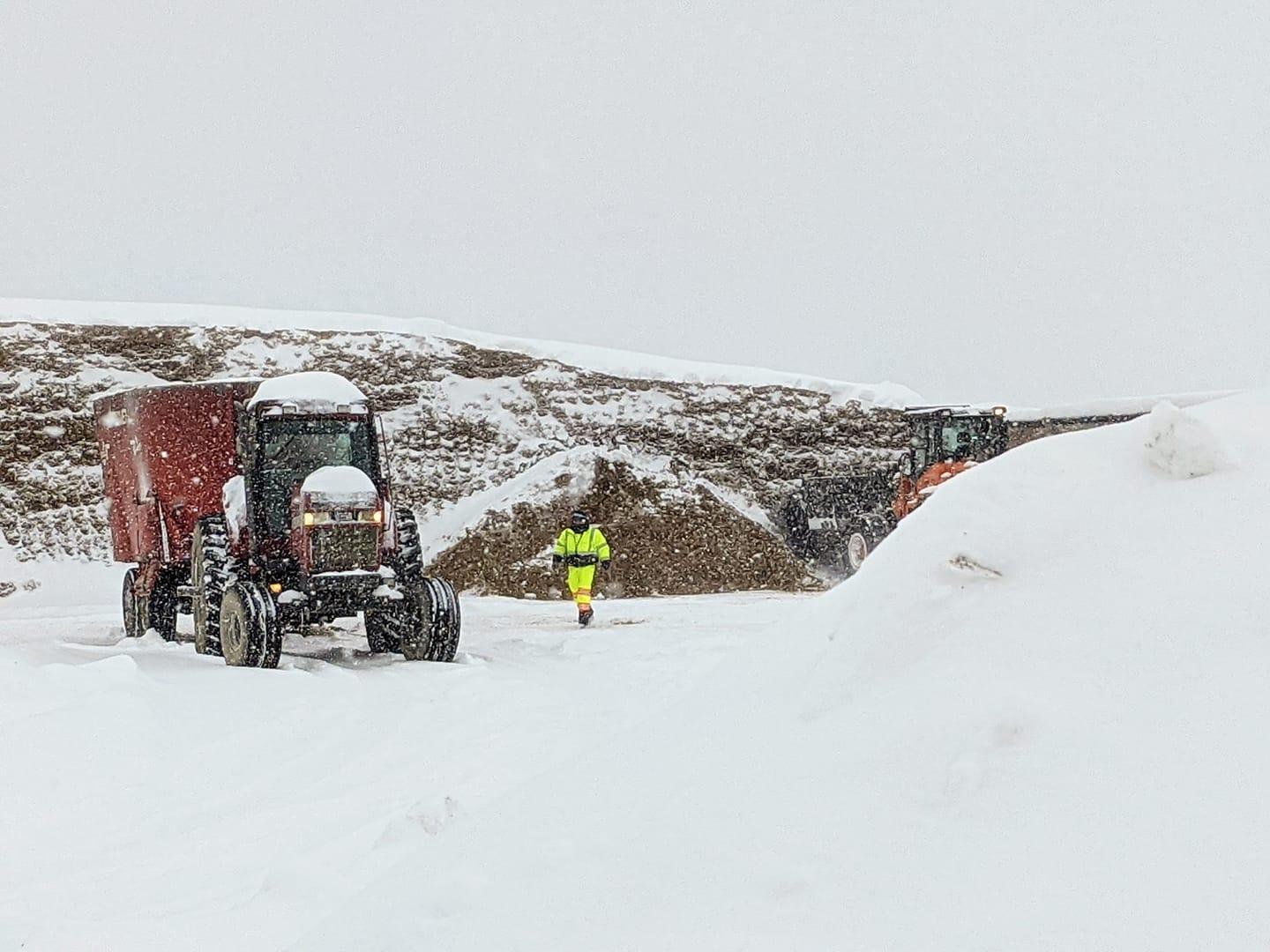 A snowstorm buries parts of New York but the farm work continues, despite the more than 40 inches of snow that fell.

The forecast for most of New York for the upcoming 24 hours includes snow, and a lot of it. Farmers prepare their farms for the upcoming storm by ensuring their tractors are filled with fuel, their cows have a little extra bedding, feed, and water. They have extra-large sand piles, salt for the driveways, and generators for that just in case moment the power goes out. After some extra work throughout the day, the farmers head to bed, but only to set their alarm for a few hours later because the snow has started and the work continues.

It’s 3am and it’s time to start plowing the snow. Driveways need to be cleared so tractors can get from the bunk where the feed is stored to the barns where the cows live. When the farmer looks out the front door, reality sets in that it’s going to take quite some time to clean up from this storm and the storm hasn’t even ended. Farmers pull on their insulated coveralls, and knee high boots. They grab their hat, gloves, and an extra cup of coffee before the phone rings.

A farmer plows the interstate to help stranded vehicles, trucks, and motorists during the recent snowstorm.

The voice on the other end says, “There’s a milk truck that can’t get through on the Interstate and the plows can’t keep up with the snowfall. Can you help?” Without hesitation, the farmer heads for one of the largest pieces of equipment on the farm and heads for the Interstate, plowing a path for the milk truck and other essential workers along the way.

In another part of the state, where more than 40 inches of snow fell in a 24-hour period, farmers are faced with the same reality of a long day ahead. While trying to dig the farm out from the feet, yes feet, of snow that quickly fell and ensuring the building roofs were strong enough to hold, the farmer receives word that there are driveways that need to be plowed all over the neighborhood. Town plow trucks can’t handle this much snow at one time and small plow trucks can’t make it down the road. There is so much work to be done on the farm, but employees have arrived safely and farmers realize the importance of being good neighbors and heads out the driveway to continue the work ahead. 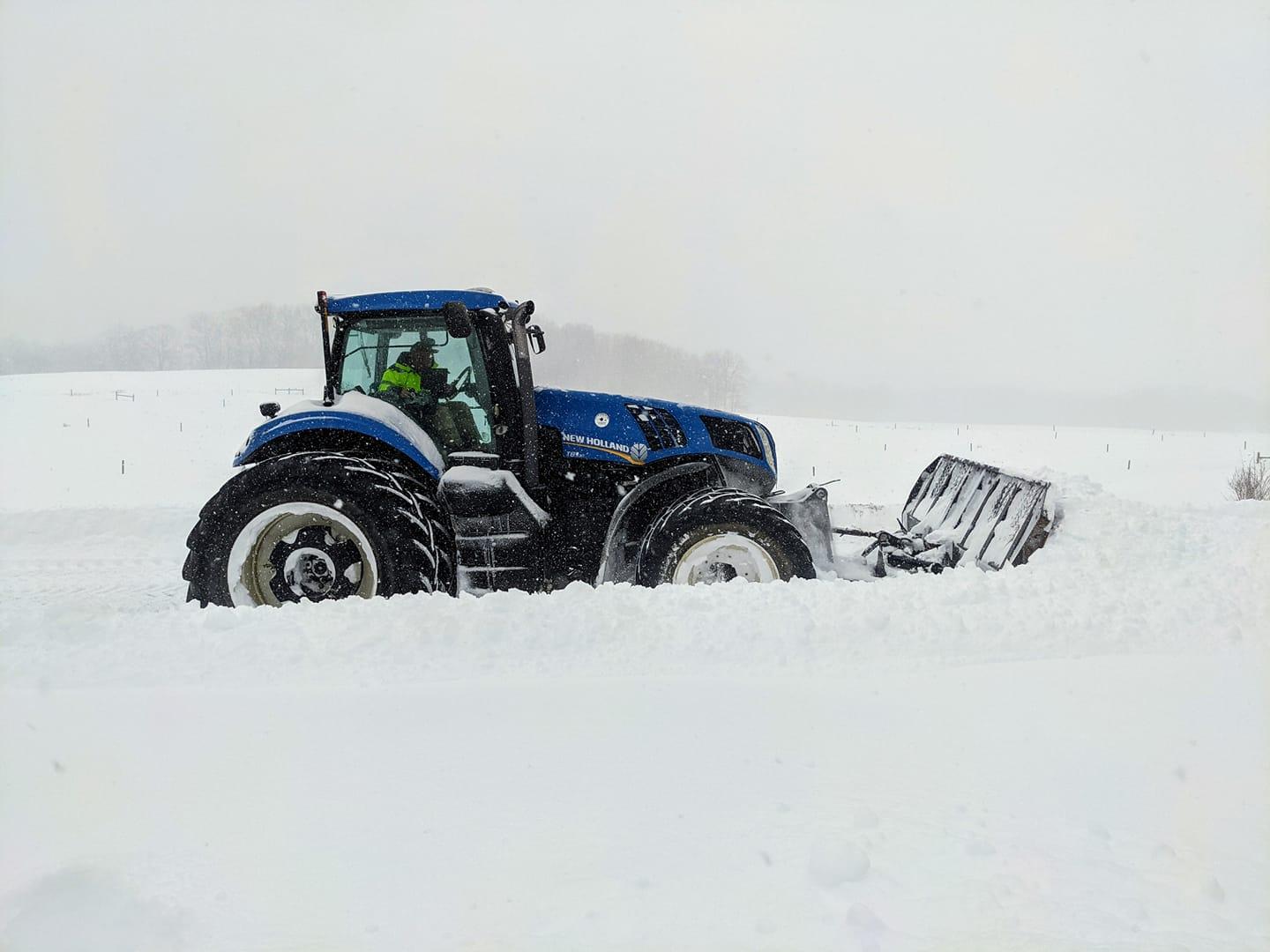 Farmers used large equipment to plow roads and neighbors driveways ensuring everyone was taken care of and safe. 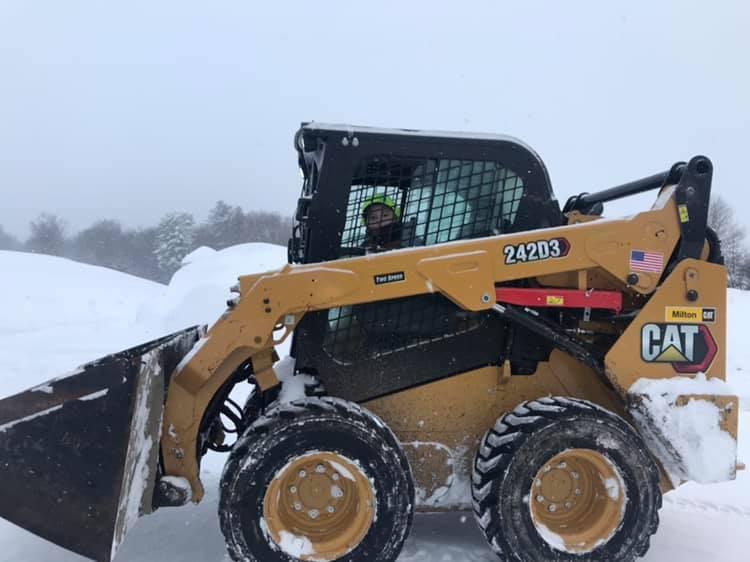 The clock strikes 8am and the team back at the farm continues to shovel paths from one place to another, work harder than other days to ensure the cows are milked, the calves are fed, and that everyone and everything is safe from the cold and the snow. Snow days are a farm kids dream and instead of hopping on the bus to head to school or opening the chrome book for virtual instruction, farm kids head for that skidsteer and 4-wheeler because they want to help, just like grandpa.

I will admit, I believe that snow days are beautiful looking with the fresh coat of powder and the first true signs of winter this year, but I also know what reality is like on the farm during a snow storm. This was a snow storm unlike any other storm. It was quick. It was fast. And it was a lot of snow. This meant that all hands were on deck to get the job done.

At the end of the day, the farmer comes home from work, nearly 20 hours after walking out the door, grabs a sandwich and a glass of milk for dinner, and looks outside with pride and contentment that the farm work continues on for another day. 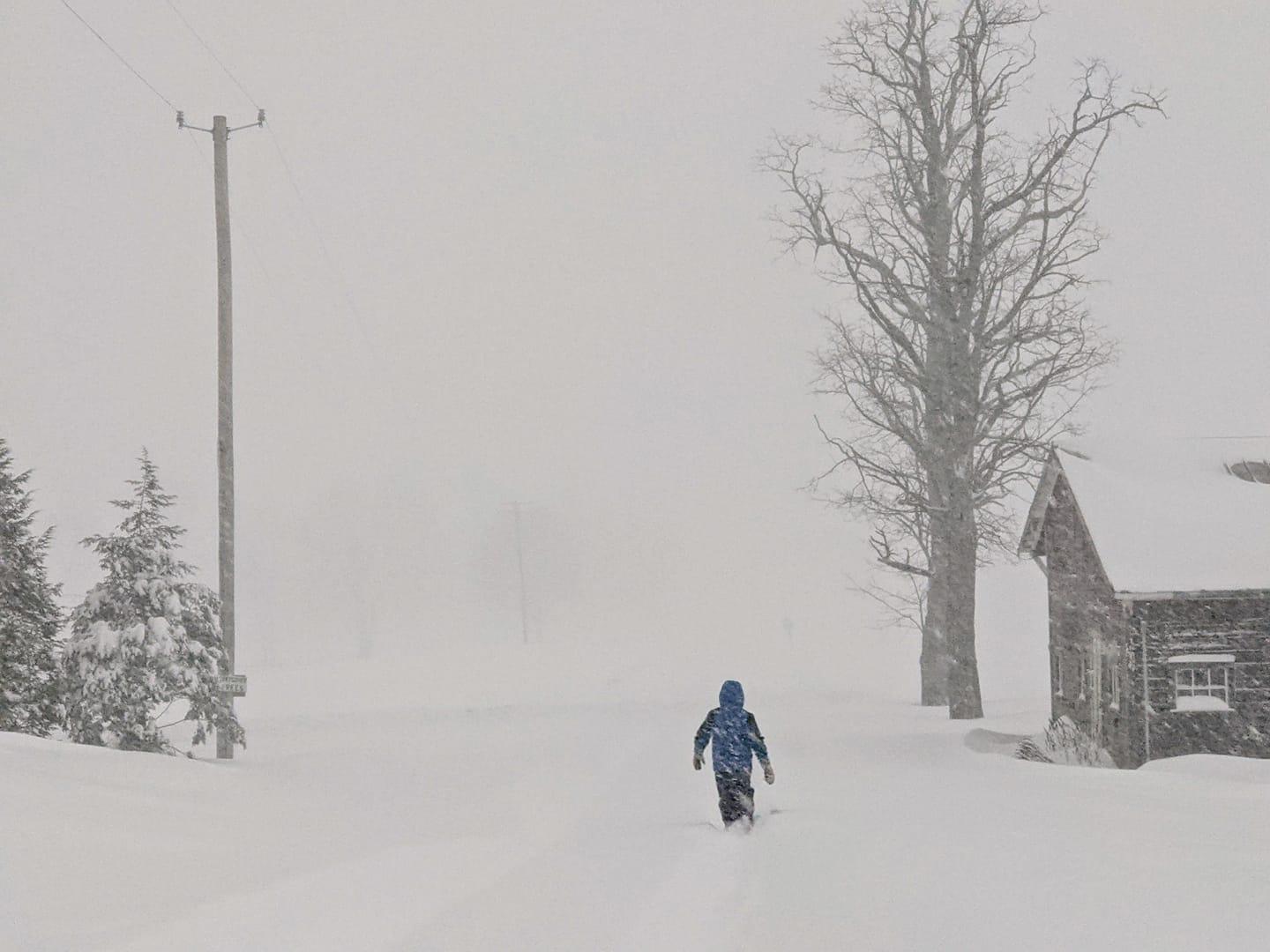 The days are long. The work doesn't end. But life on the farm continues, even with 40 inches of snow.

This is reality. Farmers came together this week in many regions of the state, just as they do every year and during every snow storm. They came together and helped their neighbors and their communities and truly saved the day.

To see more videos and photos of how farmers have come to the rescue during this latest snow storm, check out the following farms on Facebook: