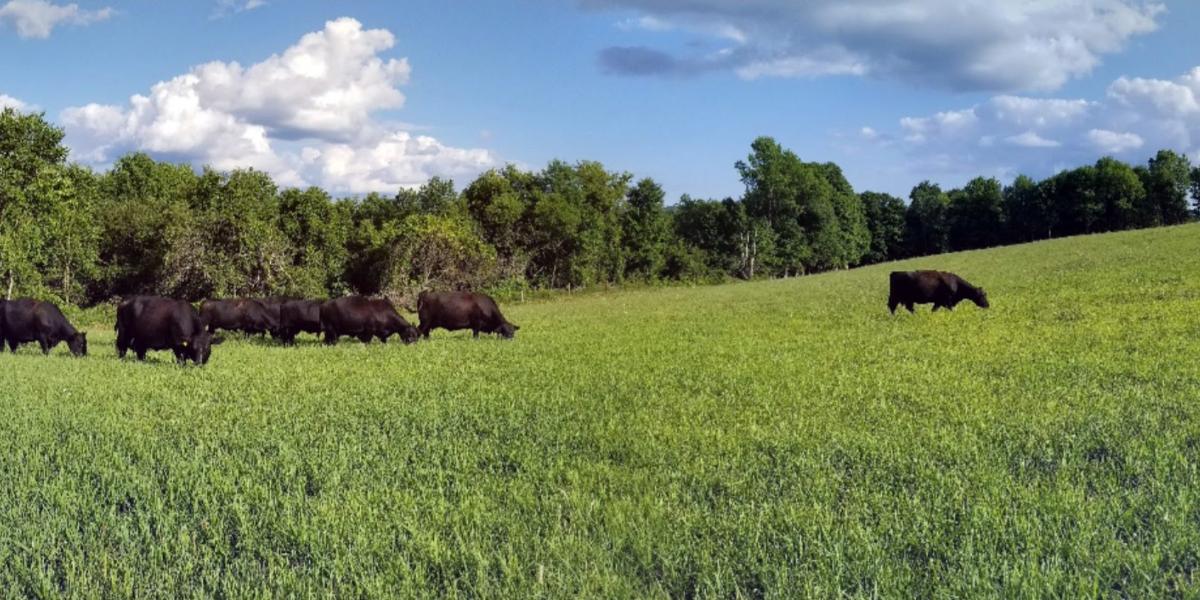 Maple Acres Beef farm is the oldest working farm in Cortland County! In 1809 George Washington Hicks began to farm in the beautiful hills of McGraw, NY. Originally a dairy, the farm was one of the premier Guernsey herds in its day, milking over 70 head in the 1940’s.  The dairy was operational until 1970 when the family decided it was best to sell their cattle and just farm the land instead.

There were no animals at the farm until Betsy and Jesse Hicks decided to take over the operations in 2009 and put beef animals on it. 200 years after the farm was established, there were cows back at the farm and the family couldn’t have been more excited! They started with four Black Angus brood (mature female) cows who would be the foundation for the flourishing herd they have today.

The farm is currently home to 35 cow calf pairs. In normal weather conditions, the land that the farm grazes can sustain this number of animals without having to supplement feed during the grazing season, which normally lasts about six months. The majority of the cattle are registered Black Angus. Black Angus are a very popular breed of beef cattle in the United States because of their reputation for producing high quality beef. 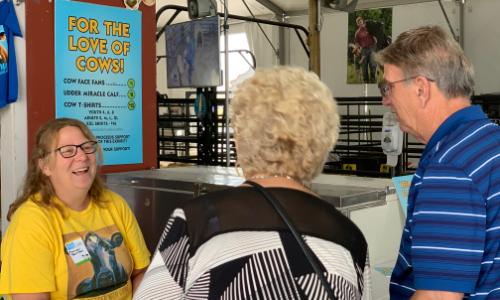 "The best thing that has ever happened to the NYS Fair." in regards to the Dairy Cow Birthing Center.